The grass courts, the strawberries and cream, and of course the Royal Family in the attendance. Wimbledon is as iconic an event as any other and it puts tennis and its superstars like Federer, Nadal, Williams, Sharapova, and Djokovic on center court with little other sports competition. These faces of tennis may not compete much on salary with top athletes of other sports, but when it comes to endorsements they are actually on par. In fact, according to Forbes latest highest paid athletes list, Roger Federer actually makes more in endorsements than Lebron James.

With endorsement competition for these athletes heading into Wimbledon, how can a company determine which tennis athlete to attach its brand too? I used Adobe Social to look at the social value of the top 20 ranked men and women players. The Digital Index Social Rank was based on social mentions, Twitter followers, Facebook page likes, Instagram followers, international reach of buzz, positive sentiment of social mentions, and total social fan following to come up with the top 10 most socially marketable tennis athletes.

In 2014 Novak Djokovic had just over 90k mentions leading up to Wimbledon. After winning, his mentions leading up to 2015 have spiked 8x. This emergence from last year has led Novak Djokovic to be my most socially marketable tennis athlete of 2015. He has 10 million + Facebook, Twitter, and Instagram fans, the most mentions in the last 30 days, and the highest international reach.

Following her win in the French Open, Serena Williams comes in at 2nd. She has a strong Instagram and Twitter following amongst the tennis elite and over 8.7 million fans across the major social networks. She also leads a list that includes 3 other women, showing that tennis is perhaps the best sport to go to for a company looking for a female athlete endorsement.

This year’s Wimbledon looks to be even more engaging on social then it was last year, with mentions up 30%. It also has more mentions than both the French Open and Australian open prior to starting. 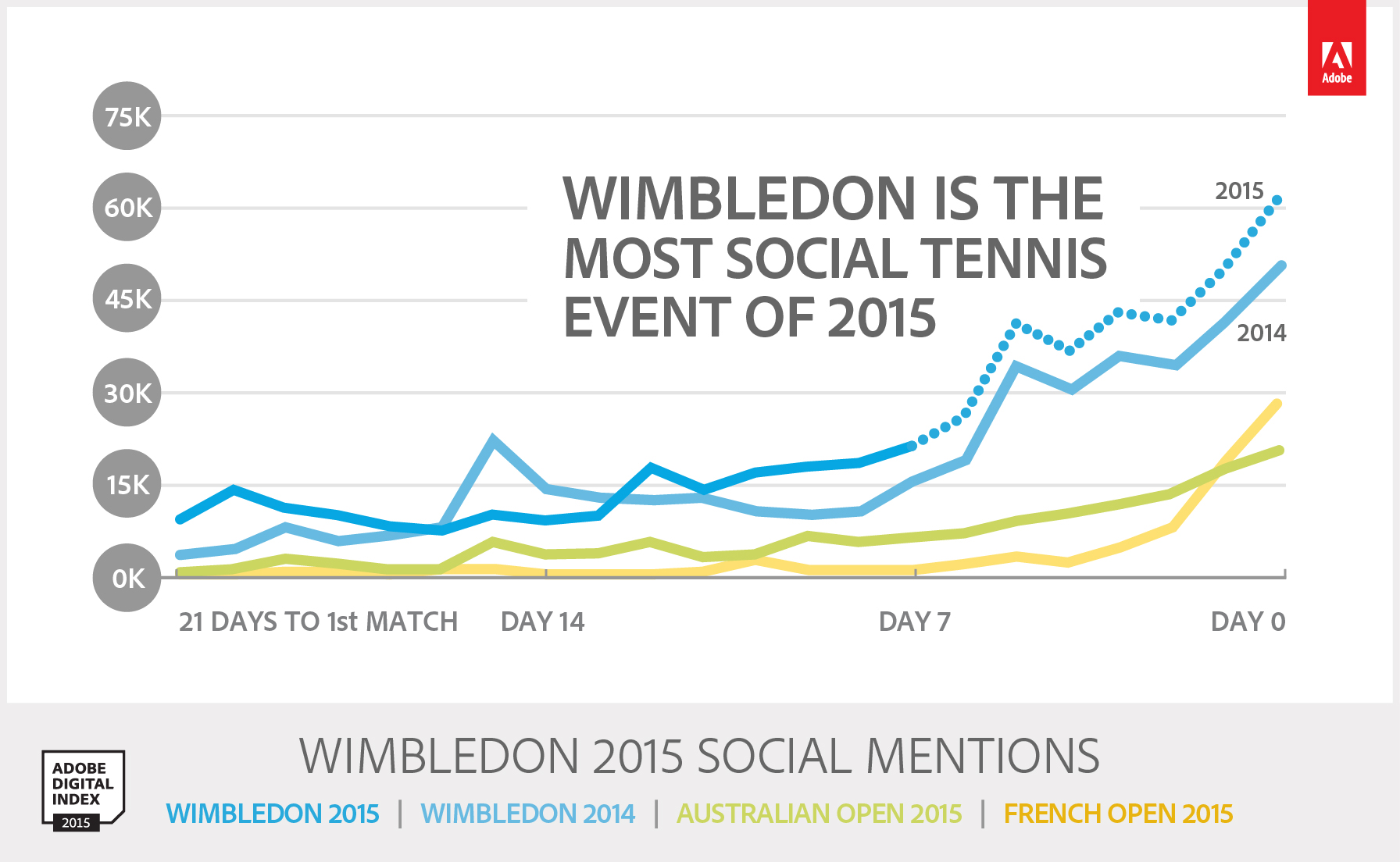 With the largest tennis event of the year on social approaching and stars with reach of up to 22 million fans, brands should follow Jaguar and jump aboard the tennis bandwago to get access to an active social fan base craving sports and competition during the dog days of Summer.

Never doubt The Rock and the power of social media.
June 3, 2015