The social buzz Oscars, who is leading going into Sunday

For many people the Oscars is just as big as the Super Bowl. I am definitely not one of those, but I do love to watch movies. In my latest analysis for Adobe Digital Index, I take a look at all of the buzz surrounding this event.

We all know that the Oscar winners are chosen by a secret 3rd party organization comprised of people within the industry. What if the Oscars were chosen by the people? In my analysis last year, I showed how annoyed people were when Leonardo DiCaprio, the social buzz favorite lost. The question remains this year, how will people respond if their favorite doesn’t win?

The Oscars this year have a bit of controversy surrounding them with a lack of diversity in the nominees. This can be seen in the social buzz sentiment which currently is 65% related to sadness or surprise. That could swing even further if there is a surprise with the winners. 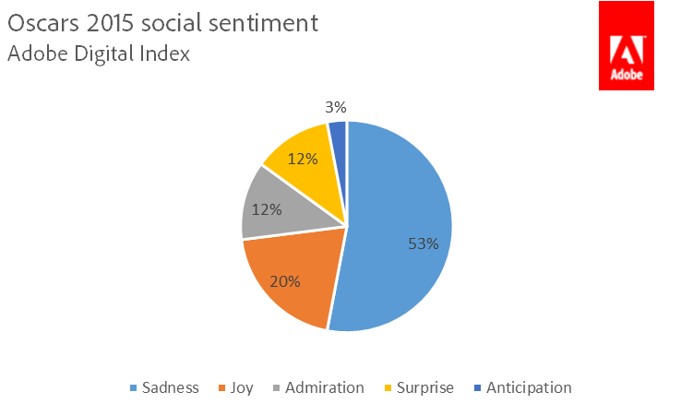 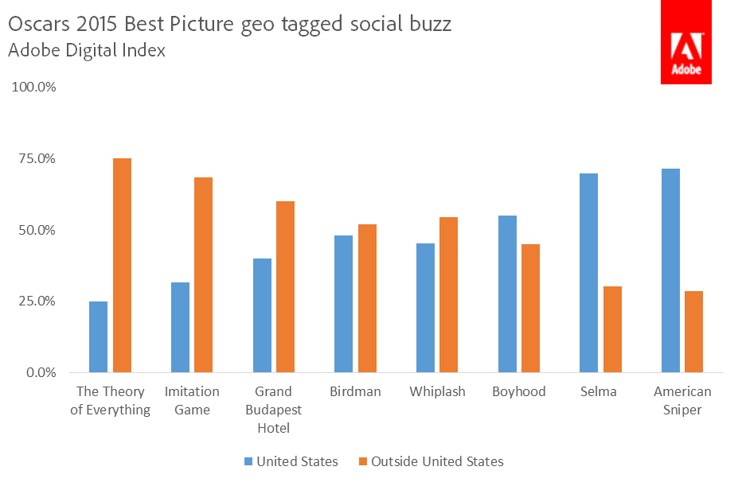 Below you will find the social buzz leaders heading into Sunday.