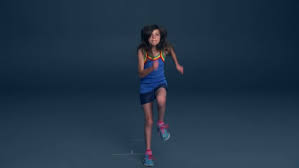 For the Super Bowl this year I was deeply immersed in my computer. The GoDaddy commerical was spot on for me in that moment. Crunching numbers as the Patriots made their game winning drive after Pete Carrol failed to go #beastmode from the 2 yard line.

This year I created a unique algorithm looking at social buzz to name a ad winner for the Super Bowl. It is a weighted calculation that looks at various factors to determine who was the overall winner. You can see the results below.

Here are the Second Screen Top 10.

I announced the Adobe Digital Index first ever 2nd screen advertising top 10 list.  It was the year of the dad ad, 3 of the top 10 commercials, which also ran on TV, told a story around fathers, but the winning 2nd screen ad was girl powered.

Winner Proctor and Gamble, for example, saw the highest volume of the top ten with over 400K social mentions.  P&G also drove highest positive sentiment across social media mentions with 84% of mentions being focused on admiration and joy.  Nissan saw the largest international reach of the top 10 with more than 55% of its buzz coming from outside the U.S.  Avocados of Mexico saw the highest social buzz growth compared to an average day with an increase of 3000%.