Movie trailers are the key way to get consumers excited about their product. If you looked at Jurassic World and couldn’t wait to talk about it then you aren’t alone. Over the last few years I have predicted movie success based off of a social buzz model that I created, and so far that model is 24 for 24. My most recent prediction was for Jupiter Ascending to fail. 2015 is the year of the sequel and according to the data, any movie that isn’t won’t be faring very well.

San Andreas headlines the blockbusters that look to be less profitable if at all. The plot looks entertaining and the Rock obviously has a huge draw and past success in some movie franchises, but it may just be a decade too late for a disaster film

My latest predictions show good news for Minions, Jurassic World, Antman, and already released Mad Max, Avengers, and Pitch Perfect. Movies that are looking to be less profitable if at all include, San Andreas, Hitman Agent 47, Hot Pursuit, Tomorrowland, and Aloha. Those that are on the fringe include Terminator Genisys and The Man From U.N.C.L.E. 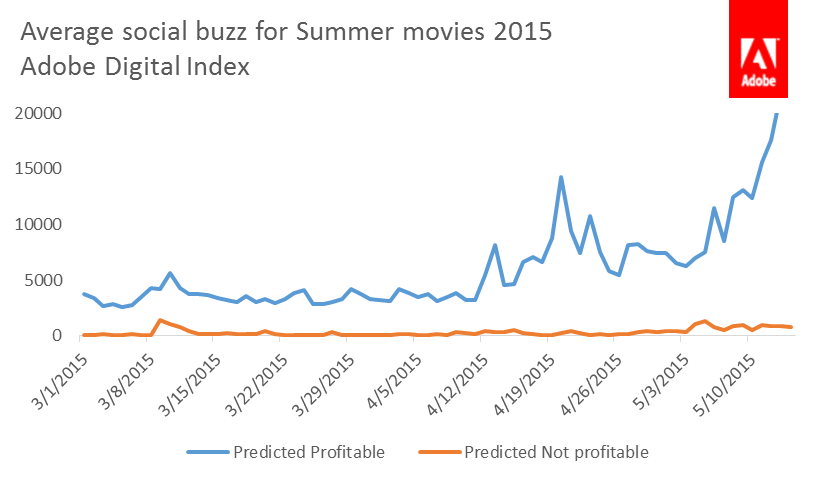 Getting social chatter may not be a key to ultimate success with a movie, but having 24 million views of your trailer certainly can’t hurt. It may also be a good way for you as a consumer or as a marketer to determine which movies you want to attach your brand too, or to bring your family along to see during the long summer months.

You can also see my movie prediction featured in CNBC