Google and Facebook face off for the retail heavyweight title

With the announcement of Facebook product ads yesterday, the next battle of two heavyweights, Facebook and Google, will be forged on the retail front. This battle, like the Thrilla in Manilla for Muhammed Ali, will determine which platform “must be the greatest” for retail ad spend.

For the past few years there has been an evolution in marketing. Both companies and platforms, like Google and Facebook, have discovered the significant increase in engagement from consumers with a image based ad. For years I have been providing analyses for Adobe Digital Index on social that show how much more engaging image posts are vs. other posts. In Q4, image based posts had a 2x higher interaction rate than any other post type. 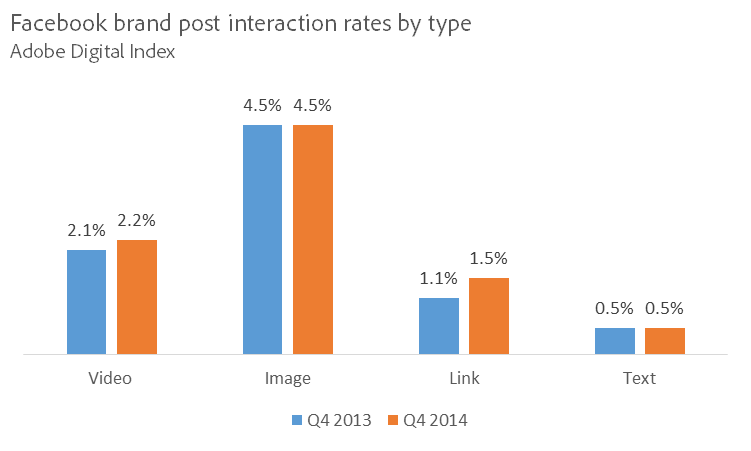 On the Google side, I have seen an emergence of images as well with its Shopping ads, formerly known as product listing ads. If you aren’t familiar with these, if you search for a retail product in Google you will see images and prices of this product being sold by various retailers. An example below of 4k TVs. 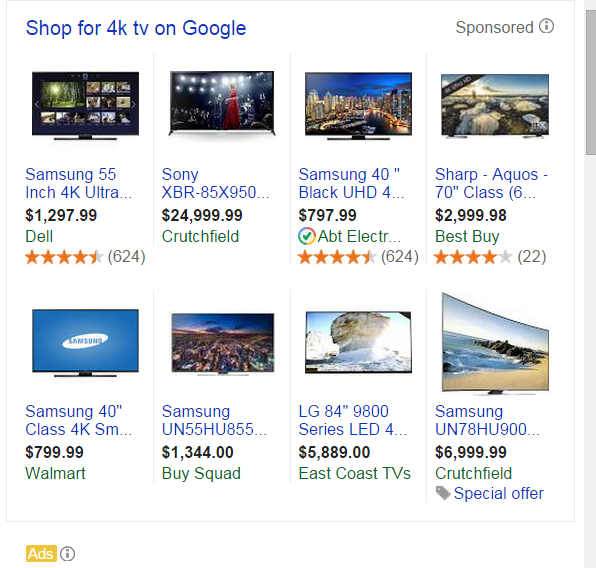 The latest analysis my team put out shows the Google Shopping Ads are now 20% of the search clicks. That is larger than Yahoo/Bings share. These ads have only been around a short time, but are obviously well liked by both consumers and retailers.

So why does Google need to worry about Facebook? The key here is Facebook’s ability to target consumers more effectively. With Facebook marketing, retailers can drill down to the exact consumer that would be interested in their products and show a much more engaging ad then previously. There is also an opportunity to further re target individuals who are searching for specific products elsewhere through search or directly on a retailers site.

This targeting and opportunistic ad showing could prove to be a boon for Facebook in its ever present rivalry with Google for ad dollars. Who will emerge the victor? The answer is only a click away.